We can call you as? MGR Devotee

We can call you as? MGR Devotee

We can call you as? MGR Devotee
Posted by Online MGR Fans at 6:37 PM 1 comment:

We can call you as? MGR Admirer

We can call you as? MGR Devotee
Posted by Online MGR Fans at 2:38 AM No comments:

MGR in my Life By Gajendran 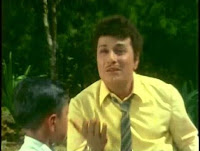 When I was studying in S.S.L.C. and I was confused and not in good state of mind about thinking of my future course of action. What to do next? Whether to complete my study or going for a work to reduce the burden of my Father, who is the only earning member of the family. Father was asking me daily about what my next plan was and he will take care if I go for the further study. I was still in confusion mind. In that time Thalaivar’s movie ‘Nan En Pirendan” was released and in which the above song made my mind fresh and I took immediate decision. I had informed my Father about my willingness to continue my study and I did my degree in B.Com., and after some time I got appointment in a Central Govt. Office, my parents were happy for given my education. After a lengthy service I opted VRS and now doing audit and tax consultancy work. The release of Thalaivar movie is co-incident and gave a big break in my career.

True role models are those who possess the qualities that we would like to have and those who have affected us in a way that makes us want to be better people.

I give below the Top 10 models who have affected in my life:

Lakshman, the power of will in Ramayan

Karna, who was known for his generosity in Maha Bharath

Adi Shankaracharya, was an Indian philosopher who consolidated the doctrine of Advaita Vedanta

Gautham Budda, teaches - "Do no evil, do only good. Purify your heart."

Arya bhata, was the first in the line of great mathematician-astronomers from the classical age of Indian mathematics and Indian astronomy.

Chanakya, says A man is born alone and dies alone; and he experiences the good and bad consequences of his karma alone

Swami Vivekananda , “We are responsible for what we are, and whatever we wish ourselves to be, we have the power to make ourselves.

Mahatma Gandhi, Gandhiji’s life was dedicated to the ideals of Truth, Non-violence and Love.

Indira Gandhi, A true Symbol for women known as Iron-lady of .

M.G. Ramachandran, was a unique phenomenon in Indian Cinema and politics.

He was the man who possess the qualities from the above great persons in one way or the other. So I gave him the top ten position. MGR would also make sure that he will teach good manners and discipline to the masses through the movies.

We can call you as? MGR Admirer

Vote for our Puratchi Thalaivar

Note: More people have joined our Online community but most of them did not reply to our mail to verify their address. Please note this when you apply for the Community fans.
Posted by Online MGR Fans at 7:39 AM No comments:

We can call you as? MGR Fan

We can call you as? MGR Fan
Posted by Online MGR Fans at 7:03 AM No comments: 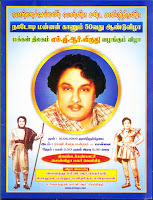 All are invited for the Golden Jubilee MGR Movies in Rani Seethai Hall A/c on 16th August 2009. 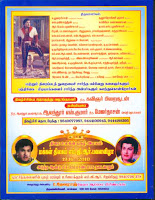 Admission Free.
Posted by Online MGR Fans at 12:04 AM No comments:

MGR and his Beloved Fans 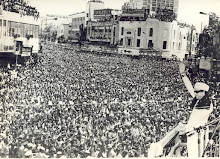